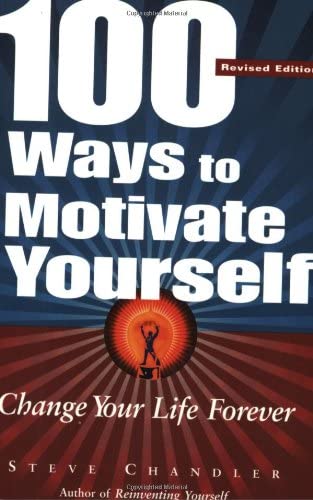 Reading in a book : 100 Ways to Motivate Yourself Revised Edition Change Your Life Forever

In the preface Of this book the writer says:

When this book was first written (in 1995), the entire world was not yet living in cyberspace. The Internet was a relatively new idea, and very
few of us knew how big a part of our lives it would become. As the new millennium dawned, a strange thing began to happen.

People everywhere were writing again, just as people did in the 1800s when they took their quills out to write letters and diaries. The age of mind-numbing television viewing had been eclipsed by the age of chat rooms and e-mail. This wonderful evolutionary jump in civilization gave this little book that you are holding in your hands right now brand-new life. All of a sudden the fight for limited shelf space in bookstores was not as important to a book’s success. What became most important was the book’s word-of-mouth “buzz” over the Internet. Soon people were e-mailing other people about this book and the Internet bookstores (with infinite shelf space) were selling copies as fasas Career Press could print them. I began getting e-mails from readers as far away as Taiwan and Japan and as close asmy computer screen.


When we leave this world, we will ask ourselves one question: What’s different? What’s different because I was here? And the answer to that question will be the difference that we made.
All of our thoughts and fieelings won’t matter any more when we are on our deathbeds asking that question.

What will matter is the action we took and the difference that it made. Yet we continue to obsess about our thoughts and become fascinated with our feelings. We are offended by other people. We want to prove we are right. We make other people wrong. We are disappointed in some people and resent others. It goes on and on and none of it will matter on that deathbed. Action will be all that matters. We could have made a difference every hour, every day, if we had wanted to. So how do we do that? How do we motivate ourselves to get into action? How do we live a life of action and difference-making? Aristotle knew the answer. In the original preface to the original edition of this book, Aristotle gave the answer. The answer lies in motion. The answer lies in movement. So what follows is the original snow angel preface to the original edition of the book. It’s re dedicated to everyone who has written to me about it: When I was a child growing up in Michigan, we used to make angels in the snow. We would find a fresh, untouched patch of snow and lie on our backs in it. Then, flapping our arms, we’d leave the impression of wings in the snow. We would then get up and admire our work.

The two movements, lying down and flapping our arms, created the angel. This memory of Michigan in the winter has come back to me a lot in recent weeks. It first happened when someone asked me what the connection was between self-motivation and self-creation. While answering the question, I got a picture of snow. I had a vision that the whole universe was snow, and I could create myself any way I wanted by my movement. The movement of the actions I took would create the self I wanted to be.

If interested by reading this book foind its link bellow on pdfdrive :

. The Subtle Art of Not Giving a F*ck: A Counterintuitive Approach to Living a Good Life – Mark Manson